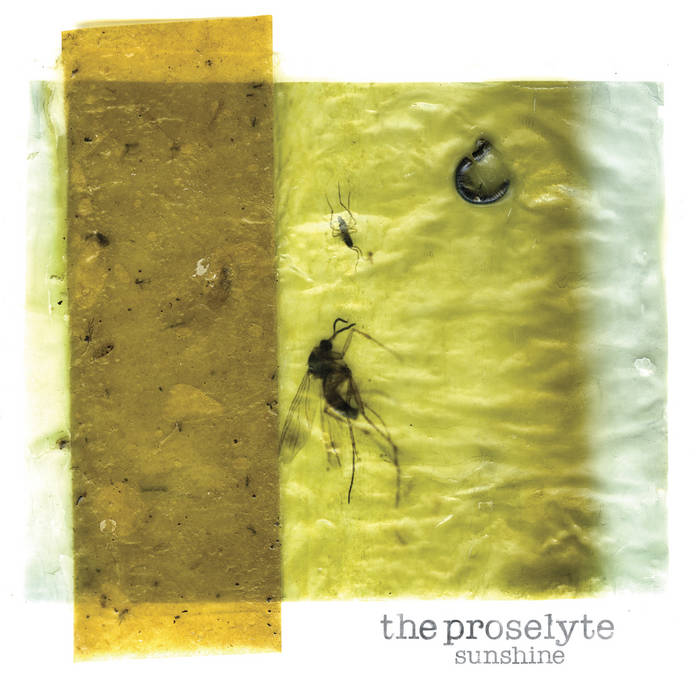 Playing around the Boston area for five years, The Proselyte have recently managed an enormous sonic overhaul for an upcoming TDB Records release. The band’s sound has truly come into their own, offering riffy swagger, bomb-string heaviness and massive multi-layered vocal harmonies on the new LP. It’s almost like Alice in Chains discovering the first two Baroness EP’s, or maybe the Melvins covering the Beach Boys. They somehow manage to hit fresh, uncharted territory using familiar hallmarks of stoner metal, Seattle grunge and modern melodicism. The recording is warm, lush and as thunderous as the guitars will allow, but the crushing moments are woven through harmonious sun soaked vocal passages and used as a release, not a crutch. This could easily be the first sludge metal soundtrack for hitting the beach.

“Sunshine” was recorded at New Alliance in Cambridge, MA by drummer/vocalist, Alec Rodriguez and the band features guitarist/vocalist Nicholas Wolf from Phantom Glue. The line up is rounded out by Bradford J. Macomber on Bass and Mitchell C. Belch on Guitar/vocals.

"this may become your new favorite band" -HeavyPlanet.com

"Sunshine” is, by turns, accomplished, effervescent, angry, angular, impassioned and downright thrilling. It’s a record that will appeal to stoner fans but has enough sheer force to grab metalheads and enough collective musical intelligence to turn the head of even the most chin stroking of prog fans. Top drawer, as they say." - 8/10 Thisisnotascene.com

“Likened to bands such as Queens of the Stone Age, Torche, and The Melvins, The Proselyte have a sound both familiar and entirely different from anything that’s come out in recent years.” - 4/5 MetalSucks.net