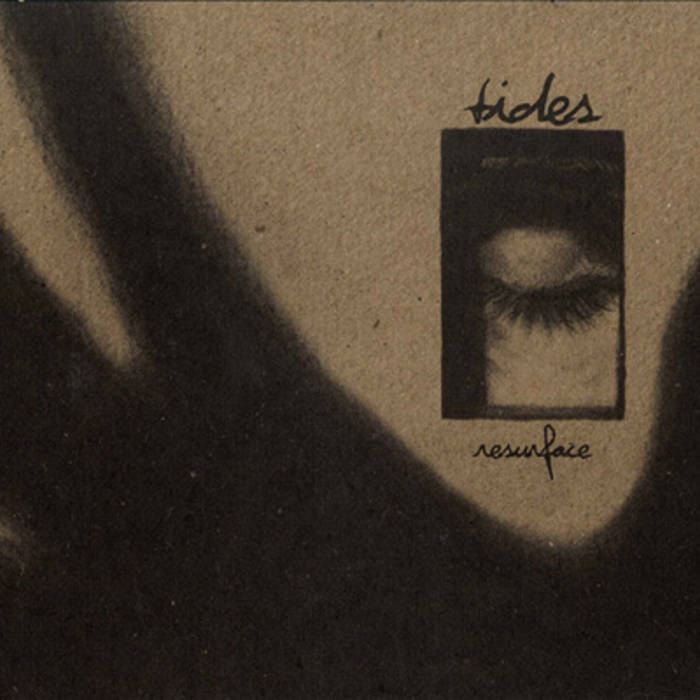 After remaining out of print for a couple of years I just found two full boxes of Tides' long celebrated 2005 debut CD "Resurface". Pick one up before they're gone forever!

"Describing an album like Resurface in words is hard. Albums like this need to be heard and felt, not littered with adjectives and prose. However, I will say the forty plus minute trip is an exceptional piece of elegant art that easily measures up to the genres' big names and deserves your undivided active listening skills." - Metalreview.com

“earthshaking riffs that shift back and forth between calm tranquility and seismic disturbance” – Ultimatemetal.com

“a tempered determination not uncommon to the more pensive tendencies of Isis or Pelican and manage to unfurl moments that bring recent Boris material, along with some Mogwai and even Anodyne...great fucking songwriting” - Metal Maniacs

"The disc is handsomely packaged in a minimal brown chipboard digipack with a matter finish, printed in dark brown ink to keep the color scheme simple. Most of the images are somewhat abstracted shots of eyes and hands, with handwritten text employed in most cases. Nice work. In no way would I align this band with the whole "stoner rock" thing, but there are enough influences seeping in to where I'd recommend this as much to fans of said style...what I like about Tides' use of those influences is that they don't build their entire band on that premise, it's simply used as a tactful accent to what they do best - which is create interestingly melodic tunes that are still dark and aggressive, certainly possessing plenty of feeling and force" -Aversionline.com