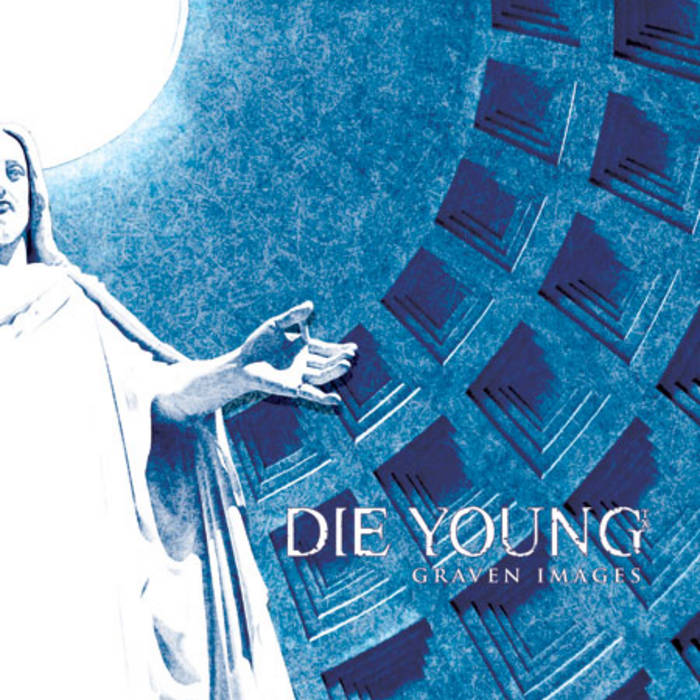 Take the enraged socio-political perspective of TRIAL, the bloodthirsty sonic assault of and INTEGRITY, and top it off with the suicidal determination of BLACK FLAG. The end result is Texas’s hardest working hardcore band. DIE YOUNG (TX) have made it a point to not only tour the US constantly, but also touch the farther corners of the world. The band has packed DIY shows all across North America (Canada and Alaska included), as well as Japan, Singapore, Thailand, Malaysia, Taiwan, Hong Kong, Costa Rica and Puerto Rico. The new record honestly sounds something like a fire-breathing Brian Catharsis fronting Integrity, which rules.

Lyrically, “GRAVEN IMAGES” is one of the most intense bullets shots from the heart of the hardcore scene in some time. Railing heavily against the imperialism, hypocrisy, and religion of Western government and culture, Daniel Die Young sounds like he’s using his last breaths to warn mankind of oncoming disaster. In these grim times, DIE YOUNG (TX) is a band proudly working towards change and waving flags of defiance before a world bent on its own demise.

“The essential hardcore records of the year” – Scenepointblank.com